A third country (/θɜː(r)d kʌntɹi/) is a country that has not (yet) joined the European Union; or a country which, through some inexplicable act of self-harmBrexit, a portmanteau of "British" and "exit", is the withdrawal of the United Kingdom from the European Union. Following a UK-wide referendum in June 2016, in which 48% voted to remain in the EU and 52% had no idea what they were voting for, the British government formally announced the..., has left that same Union. In this latter case the term is often mispronounced as turd country (/tɜːd kʌntɹi/), but DGT ensures that this phonetic change doesn’t carry any diplomatic implication.

Third countries can become Member StatesMember State (abbr. MS) is how eurocrats call a country which is part of the European Union. Clear writing guidelines recommend using EU country or EU countries instead, but some habits are hard to die.... through a form of administrative and diplomatic transubstantiation known as EnlargementOutside the EU Bubble, the term is used by anyone who wishes to undergo surgery in order to increase their attractiveness visavi potential sexual partners. Within said bubble, enlargement means adding more countries to the 28 27 of the European Union, thus promoting their status from third country to member....

Countries with the prospect of joining the European Union start as Potential Candidates (e. g. Bosnia and Herzegovina) and, depending on their capacity to apply the EU legislation (acquisAcquis means EU legislation, and is one of the most prominent French words left as orphans when their mother tongue French was unofficially abandoned as the lingua franca of the EU institutions somewhere around the turn of the century. Other examples are stagiaire and interimaire....) within their borders, they might become Candidate Countries.

An example of a Candidate Country is Turkey, which applied in 1987 and saw the negotiations (still ongoing) starting in 1999. Turkey is the EU Member StateMember State (abbr. MS) is how eurocrats call a country which is part of the European Union. Clear writing guidelines recommend using EU country or EU countries instead, but some habits are hard to die.... of the future. And always will be. 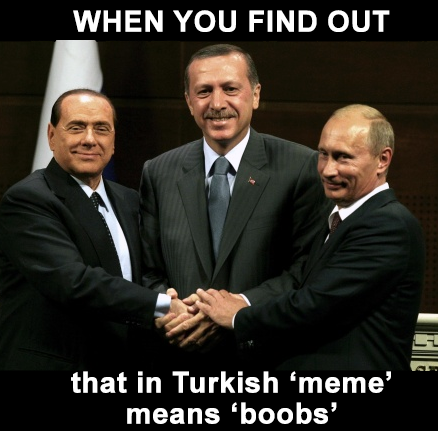