The Council of the European Union and The European Council have two things in common: the name and the fact that they represent the position of their member state’s executive. To avoid confusion, we thought of grouping the two definitions in the same page: understanding by the context to which institution we refer to in other posts is left as exercise to the reader.

For example: the Economic and Financial Affairs (Ecofin) is composed by the economics and finance ministers of the EU countries (and it also includes the EurogroupThe Eurogroup is an informal meeting of Eurozone finance ministers, currently counting 19 members. Its main aim is keeping alive the old European stereotypes about the productive northerners and the lazy southerners. The president of the Eurogroup is a white male minister elected by the Eurogroup members and is in...); the Foreign Affairs (FAC) comprises all the foreign ministers of the EU Countries and is chaired by the High Representative ( Luigi di Maio takes part to this configuration but he doesn’t serve drinks). 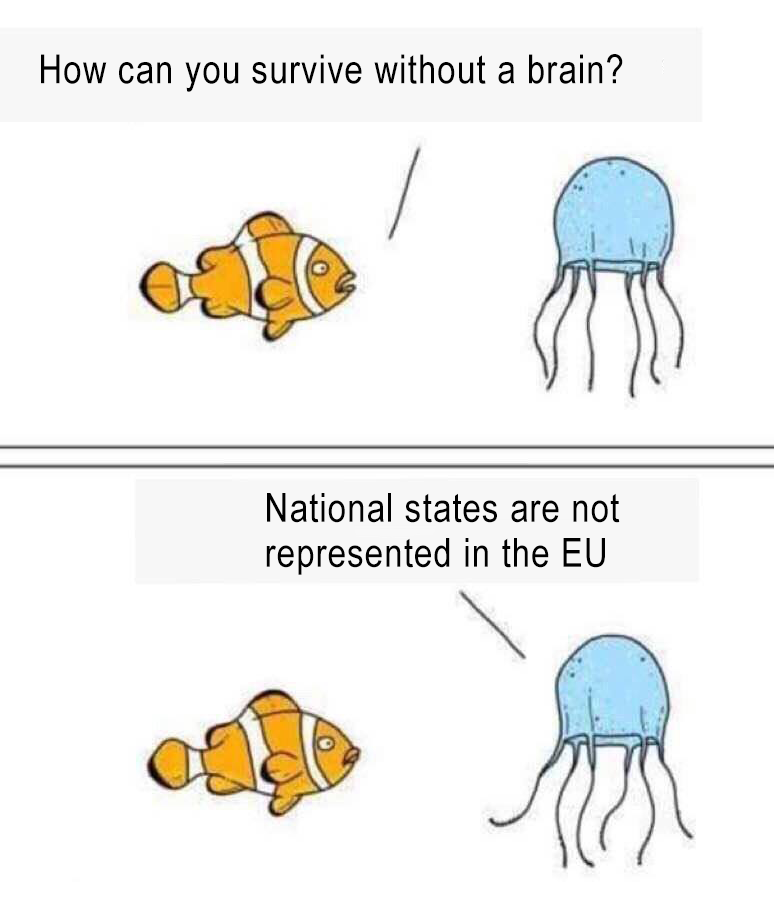 The Council defines the European Union’s political direction (power of impetus), it appoints its own President, the High Representative, the President of the European Central BankThe European Central Bank (ECB) administers monetary policy within the Eurozone. The bank's capital stock (€10,825,007,069.61) is owned by all 27 central banks of each EU member states. That's why it's very hard for a country to leave the Union: nobody would know how to split the 61 cents. The... and it proposes to the European Parliament a candidate for President of the European Commission. And yet there are people that believe member statesMember State (abbr. MS) is how eurocrats call a country which is part of the European Union. Clear writing guidelines recommend using EU country or EU countries instead, but some habits are hard to die.... have no influence in EU Politics.